The µTasker project celebrated its 15th birthday this year and during the course of the years the project has continuously developed. This development, as of mid-February 2020, is nearing completion of NXP i.MX RT support and this is where you can find latest information about this work as well as getting involved with trying out latest pre-release/development code.


Binary files for the serial loader and reference applications with USB, SD card (and Ethernet) can be found on these, which are suitable for following the i.MX RT Tutorial.

Please send an email to the i.MX RT address at the bottom of the start side in case you would like to be involved with evaluating/testing the present state of support.

During the roll-out phase not all IDE documents may be completed and here are some provisional guides that may help out during the transition period. If you have a requirement due to some missing details please request so that the missing details can be quickly made available [Important note - as from 30.4.2020 the boot loader concept has been upgraded and these document respect the newer version].

- Guide to taking the µTasker Loader for a test-drive

Why Would Anyone want to use the µTasker Project?

The natural first reaction is to use NXP's KDS and possibly some of NXP MCUXpresso's code generation tools, and this is probably what the majority of typical developers will also do. However the µTasker project monitors the 'traditional' approach and then works on delivering an alternative solution that offers product developers various IMPORTANT advantages over the typical approach to ensure they have an overall improved tool kit that gives real competitive advantages over their competitors. These include:


And possibly the most important for commercial developments:


Generally it is true to say that, contrary to typical silicon manufacturer's libraries, the µTasker project is not a collection of examples for use as a starting point but is instead an industrialised solution for helping complete product developments.
The µTasker tames this complicated part so that you can use its power to quickly get your work done instead of losing time fighting with its intricacies!

The µTasker strategy is to enable developer's to quickly achieve reliable product development and this document gives developer's a quick and clear description of the important things to understand to use the i.MX RT 1021 efficiently without needing to read all of its 3'000 page user's manual. With a few configuration definitions a custom setup is possible which not only gives efficient code but also ensures lowest power consumption by automatically powering down internal modules that are not used. 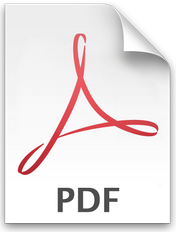 The GPIO concept used in the i.MX RT is a little different to that used by Kinetis and various other such processors. This video discusses it and how the µTasker solution achieves compatibility with Kinetis to make is simple for Kinetis users to move projects to the i.MX RT part.

See the video "Getting your Head around i.MX RT 1020 GPIO and Port Multiplexing" here:

The i.MX RT project is integrated in the Kinetis project in order to allow product development code to be easily moved between Kinetis and i.MX RT parts. Since the i.MX RT parts share a number of peripherals from Kinetis parts the project code shares the peripheral drivers where possible in order to benefit from proven Kinetis code operation and also to simplify maintenance - for example if a new feature is added, or an improvement made to such a Kinetis peripheral it is immediately inherited by the i.MX RT project.

Presently it is available to registered commerical users but not yet as open source.